Find what you're looking for in the Corridor! 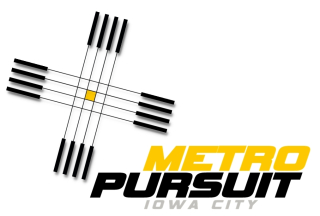 Whether you're a lifelong resident of the Corridor area, a University of Iowa student, or just visiting the area, you've come to the right place if you're looking for information about lodging, dining, activities, finding a good mechanic, a lawyer and otherwise in the Metro area! Looking for a refreshing dinner experience? Find a restaurant that intrigues you in Metro Pursuit. Have some relatives coming into town and need some entertaining ideas? Find some in Metro Pursuit. Need to move? Find a house or apartment to your liking in Metro Pursuit. Serving the entire Corridor and the metro areas of Iowa City, Coralville, North Liberty, Tiffin, Riverside, Cedar Rapids, Hiawatha, Marion and surrounding communities!

CEDAR RAPIDS, IA – On Monday, May 10 at 8:19 a.m. Cedar Rapids Police officers received a report that an individual had thrown a cat from the 3rd Avenue Bridge into the Cedar River.  A Cedar Rapids Police officer located the cat attempting to get out of the river on a rocky incline near May’s Island.  Linn County Sheriff’s Office deputies also arrived on scene and helped remove the cat from underneath a rock next to the water.  The cat, a 7-year old spayed female orange Tabby cat, was transported to Cedar Rapids Animal Care and Control where she was examined and treated by a veterinarian.

Officers spoke with a witness who indicated it appeared an individual intentionally dumped the cat out of a pet carrier and into the river.

Shortly thereafter the owner of the cat, identified as Lloyd Wallace Baird, DOB/12-17-1934, age 86, arrived in the front lobby of the Police Station.  He inquired whether officers had found his cat.  Baird told an officer that he was driving near the river and decided that he wanted to look at the water.  Baird claimed he had the cat in a pet carrier and wanted his cat to see the river.  Allegedly, when he opened the pet carrier, the cat panicked and jumped into the river.  He denied intentionally throwing the cat into the river.

Officers were able to obtain surveillance video of the incident.  Baird is accused of leaning over the rail of the bridge, holding the carrier over the river with the door open and facing down.  Baird then shook the carrier causing the cat to fall from the carrier and into the river.

Based on witness and surveillance footage, Baird was arrested this afternoon for Animal Abuse, an aggravated misdemeanor.  He was transported to the Linn County Correctional Center and then released after signing a Consent to Delay of Initial Appearance.

The cat is currently at Cedar Rapids Animal Care and Control shelter recovering. The cat’s body temperature was 7 degrees below normal upon arrival on Monday.  X-rays did not reveal any broken bones.  The veterinarian is anticipating a full recovery.

Disclaimer:  Any arrest and complaint information included above is based on the legal conclusion that, as with any criminal case, a charge is merely an accusation and a defendant is presumed innocent until and unless proven guilty in a court of law.

Today's Weather Outlook for the Corridor Join us for a book discussion of “On Juneteenth” 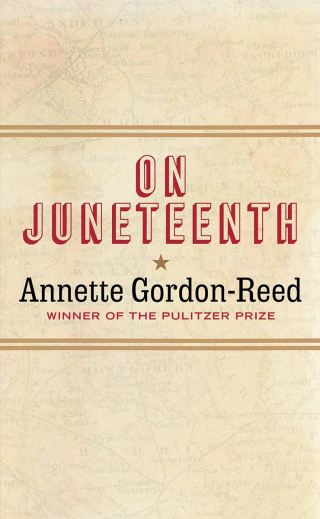 In honor of Juneteenth, the Johnson County Juneteenth Planning Committee invite you to participate in a book discussion featuring “On Juneteenth” by Pulitzer Prize-winning historian and Texas native Annette Gordon-Reed.

Weaving together American history, dramatic family chronicle, and searing episodes of memoir, "On Juneteenth" provides a historian’s view of the country’s long road to Juneteenth, recounting both its origins in Texas and the enormous hardships that African-Americans have endured in the century since, from Reconstruction through Jim Crow and beyond. Read more here.

A virtual (Zoom) discussion of the book will be held from 7-8:30 p.m., Tuesday, June 15, 2021. The discussion will be facilitated by Abena Sankofa Imhotep, Director of Sankofa Literary and Empowerment Group of Des Moines.

Complimentary copies of the book are available to the first 20 people to sign up.

If you will need disability-related accommodations in order to participate in this event, please contact Equity Director Stefanie Bowers at 319-356-5022 or stefanie-bowers@iowa-city.org. Early requests are strongly encouraged to allow sufficient time to meet your access needs.

List your business on the Coralville Courier Search Directory 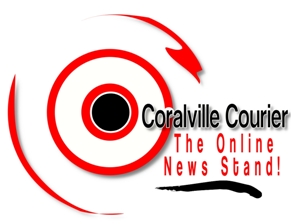 Reach the corridor audience with a LOCAL search directory.  Get listed in the Coralville Courier search directory.  It's easy, it's direct, it's cost effective, it's LOCAL and mobile friendly.  And once you're listed, you're always listed.  That's right, no renewals, no sales calls, it's just a one-time $30 set-up fee to get listed forever and take advantage of unlimited updates!  You can change/update/add to your message at any time.   Running a special?  We'll post it.  Holding an event?  We'll post it.  Just want to say you had a great weekend, "Thank you patrons" or "Congratulations Hawkeyes?"  We'll post it!   We promote you online, it's what we do.

Your profile includes:  Your business listed with your logo, a profile narrative and a link to your website.   Then sit back and let your listing go to work for you.  Get your listing today, your new customers are waiting.

Simply enter your business name, click the 'Buy Now' button to submit payment and we'll get to work on your listing, it will be up and working for you in no time!

Your ad must be paid for in advance. We accept Visa, Mastercard, Discover, American Express through PayPal.    Checks are no longer accepted.

The Coralville Courier maintains the right to refuse/reject/edit/cancel ads and will not knowingly accept ads that violate the law. We assume all advertisements practice equal opportunity. Errors/omissions must be reported on the first day of posting by email to coralvillecourier@gmail.com. We are not responsible for any loss/expense that may result from the posting of an ad.

Iowa City Update is a weekly video featuring City of Iowa City projects, programs and events. Topics this week include the annual forum by the Community Police Review Board, the premiere of a new video project from the Senior Center, and more. Select the image below to watch Iowa City Update. 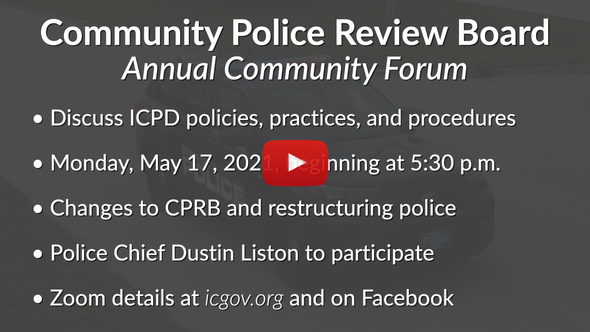 Learn how you can participate in this virtual forum to provide feedback on Iowa City Police Department policies, practices, procedures.

Don’t miss the premiere of this video project that highlights interviews between Senior Center members and local teenagers.

Attend this outdoor presentation to see what ideas are being considered for future upgrades at Glendale Park and provide staff with your input.

Volunteer this Saturday as part of a community effort to keep Ralston Creek clean and thriving. 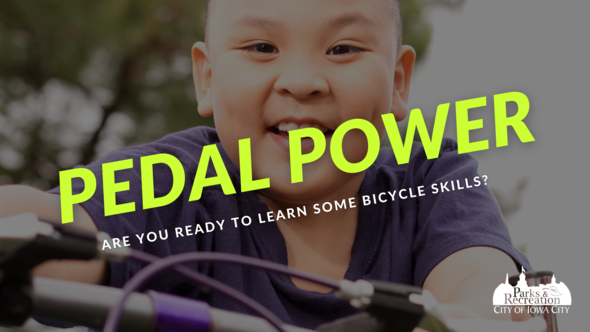 The Iowa City Parks and Recreation Department will be hosting a bicycle skills and family fun event designed to teach bicyclists the skills they need to be safe and courteous riders on community roads and trails. Learning bike handling and traffic skills can help riders enjoy bicycling more and reduce the chance of injury.

Pedal Power will take place at the Terry Trueblood Recreation Area on Sunday, May 23, 2021, from 1 to 3 p.m. This event is free and no pre-registration is required. Participants must have their own bike and helmet to participate. Bikes of all shapes and sizes are welcome, including Strider bikes and training wheels!

The following are some of the featured activities at Pedal Power:

Weather permitting, beginning on Wednesday May 12, 2021, Melrose Court will be closed to traffic between Brookland Park Drive and Melrose Avenue to facilitate work on storm and sanitary sewers in the area.  A detour route will be posted and access to residencies will be maintained at all times. It is anticipated that normal traffic will resume by the end of August.

Motorists are to take note of this construction work and seek an alternate route during this time period.  As always, caution should be exercised when driving through all construction areas.

Regular service on the Towncrest & Oakcrest routes as well as Downtown Free Shuttle service will resume on Monday, August 2, 2021 for the fall. 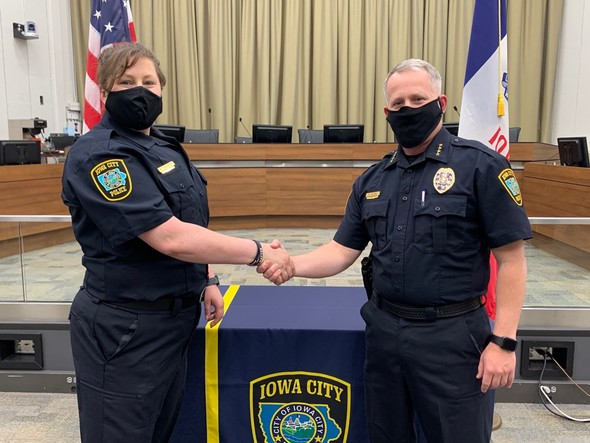 The newest member of the Iowa City Police Department, Maddi Friedrich, was welcomed and sworn-in during a ceremony on Monday, May 10, 2021.

Friedrich, from Alta Vista, graduated for Mount Mercy University with a Bachelors of Arts in Criminal Justice. Officer Friedrich previously served with the Sumner Police Department and the Clear Lake Police Department.

Cedar Rapids, IA – The Cedar Rapids Parks and Recreation Department is holding a Seasonal Job Fair at the ITC Pavilion in Noelridge Park (by the lagoon), 4900 Council Street NE, on Tuesday, May 18 from 5:00 to 7:00 p.m. Department staff will discuss job openings at golf courses, parks, programs and pools; answer questions about the hiring process; and conduct interviews. Individuals will be able to complete applications at the site or apply online at http://bit.ly/CRSeasonalJobs.

The City hires applicants age 16 and above for golf and parks seasonal labor, and age 15 and above for lifeguards. Golf cashiers and Parks construction laborers must be age 18 and above. Hiring will continue through the first week of June.

Lifeguard hiring incentives are available. To qualify for the incentives below, the individual must be age 15 or older, submit an application, be hired by the City of Cedar Rapids, attend required trainings and work at least part-time through the month of June.

·         Have a friend to sign up and take the lifeguard certification class with you and receive a $50 reward.

·         Wages increase by $2, $3, or $4 respectively for the last three weeks of the season, if the employee remains in good standing throughout the summer.