City Hall, the administrative offices of Fire and Police, along with the Parks and Recreation, Water, Wastewater, Streets and Sanitation Departments will be closed on Monday, September 6.

The Recreation Center will be open normal business hours Saturday, September 4; and closed on Sunday, September 5. A more detailed Indoor Pool schedule with lap swim and open swim times can be found here.

There will be no Transit Service on Monday, September 6.

Novel Conversations is a book group at the Coralville Public Library that alternates between classic novels and more recent works of fiction and nonfiction.… Read on

Join us online or at the Coralville Public Library for a free housing Rights webinar.… Read on

Join us live on Zoom for songs and rhymes to share with your babies and toddlers.… Read on 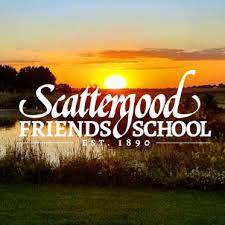 Scattergood Friends School is seeking a bus driver with CDL and bus driver designations for daily morning and afternoon bus routes between our campus in West Branch and a pick-up/drop-off location in Iowa City. Candidates must be reliable, punctual, and able to work with Middle and High School students. This is a part-time, non-benefit eligible position with a rate of $18-$20 per/hour, Monday-Friday, September through June. Please contact Jobs@scattergood.org for more information and to apply.

The City of Coralville will require masks in its public, indoor facilities beginning on Wednesday, August 11, 2021, regardless of vaccination status. This requirement is in accordance with the guidance of the U.S. Centers for Disease Control and Prevention (CDC) and Johnson County Public Health (JCPH). This requirement will remain in effect until further notice.

Johnson County is currently listed at substantial community transmission on the CDC’s COVID data tracker. Wearing a mask, social distancing, and hand hygiene are effective ways to help keep the spread of COVID-19 and the Delta variant as low as possible. If experiencing symptoms, residents should stay home and contact a health provider regarding testing.

Due to street closures for 5th Street Social, Coralville Transit will make the following change to the Saturday Route (Route 25) on Saturday, August 14: after 11:40 am, buses will not stop at #4360 (5th Street and 8th Avenue). Please proceed two blocks east to 6th Avenue; the bus will pick up passengers at the intersection of 6th Avenue and 5th Street. 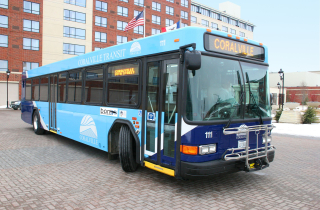 Due to road closures for the Iowa City Arts Fest, Coralville Transit will not serve the following stops all day on Thursday, Friday, and Saturday, August 12-14, 2021:

All routes will be diverted to E. Court Street between Clinton and Capitol Streets (1 block west of the Court Street Transportation Center) in Iowa City for layovers. No other stops are scheduled to be affected. Service delays are anticipated, and any changes to service will be posted at www.coralville.org/transit.

Route changes, road closures, and traffic delays will make predicted bus arrival times on the Transit app inaccurate on August 12-14, however, the real-time maps on the Transit app with actual bus locations will be accurate and should be used to locate buses.

Normal transit service and predicted arrival times on the Transit app will resume on Monday, August 16. For more information, contact Coralville Transit at 319.248.1790.

Largest storm response effort ever employed by MidAmerican with more than 2,500 crew members from 24 states

DES MOINES, Iowa – One year ago, a derecho – a massive storm with hurricane-like winds – left a trail of destruction across Iowa and Illinois. With more than 290,000 customers without power at its peak, MidAmerican Energy crews acted immediately to respond to emergencies, assess damage, repair the foundations of its systems and restore electric and gas service to each and every customer – mostly within several days.

To commemorate the one-year anniversary, MidAmerican is looking back at how the the August 10, 2020 severe weather event impacted its customers, communities and employees.

The unprecedented storm caused an estimated $11.5 billion in damage across the Midwest and was the costliest thunderstorm disaster in U.S. history, according to the National Oceanic and Atmospheric Administration.

“It’s hard to believe that just a year ago, we faced one of the biggest challenges our team has ever endured. I am proud to say that all of our planning and preparation paid off, and the team did what it took to restore service to our customers,” John Guy, MidAmerican vice president of electric delivery, said. “While the strength of our response was incredible, the lessons we learned and are now applying to the storms we face are invaluable as well.”

Neighbors helping neighbors
Once MidAmerican finished restoring electric service to its customers, the company responded to a request for assistance from neighboring utility, Alliant Energy. MidAmerican deployed line workers and support employees, plus equipment, to help with restoration efforts in eastern Iowa.

“Our team was personally invested in the outcome of these efforts, because the communities hit the hardest are the ones our employees and families call home, as well,” Guy continued. “MidAmerican crew members had damage at their homes, too, and know first-hand how much it means to get that extra help when you need it the most.”

The Iowa City Farmers Market is encouraging supporters to participate in America’s 13th annual Farmers Market Celebration, which runs from June 21 to Sept. 19, 2021. Shoppers are encouraged to visit the market on Wednesdays or Saturdays and then visit markets.farmland.org, where they can endorse the market, putting it in the running for national recognition.

American Farmland Trust is a national nonprofit dedicated to saving farmland, promoting sound farming practices, and keeping farmers on the land. It has run the Celebration for 13 consecutive years, elevating the increasingly essential role farmers markets play in providing communities with access to fresh, locally grown food and connecting farmers directly with their customers. In 2021, the Farmers Market Coalition joined the Celebration as a new partner and co-sponsor of the event.

“In many regions, especially during these unprecedented times, farmers markets have been vital to keeping existing farms in business and enabling new farms to get started,” said John Piotti, American Farmland Trust President and CEO. “Throughout the coronavirus pandemic, farmers markets have served as essential businesses, helping to connect farmers to customers, and customers to local, healthy food.”

To recognize the vital role that farmers markets play, this year the markets that finish in the top three of the "People's Choice" category will be awarded $2,500 for first, $1,500 for second, and $1,000 for third place. These funds will be awarded to markets for marketing, communications, and other needs that help expand the market’s reach and impact.

To learn more and to cast your vote, visit markets.farmland.org. Voting ends Sept. 19, 2021.